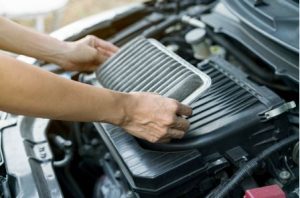 That water bottle you just threw in the trash will take more than 400 years to degrade… did you realize that?

Humans, now more than ever, consume a lot of stuff, daily. Then we throw stuff out, in garbage cans, or, perhaps, recycling bins. Think of all the plastic water bottles you’ve used and/or you’ve seen in your lifetime. The earth can handle a lot of garbage, but we’re at the point where there’s more than 8 billion metric tons of it, so much so that there are vast areas of oceans where you can’t get a boat through since so much trash has accumulated, clogging the water up.

Our world is full of landfills, which are essentially holes in the ground where garbage is dumped and then covered with dirt. Moreover, our world is full of litter– when garbage isn’t buried or covered. Many people are drinking water that’s not healthy while breathing air that’s not good for their lungs. Pollution is rampant and overwhelming in many places on the planet.

Thankfully there are organizations, corporations and even local businesses, like All American Auto Salvage, who do their part to help people reuse items rather than just throw them “away” into landfills and incinerators. About 75 percent of auto parts can be reused. According to Popular Mechanics, vehicles are the most recycled product in the world.

Car parts are items that often have nine lives, meaning they can get passed from one car owner to the next to be used, over and over again. There are many valuable pieces on an older vehicle which may find new life elsewhere. A salvage yard is, in a way, like a car museum where you’re apt to find parts you won’t find at the local auto parts’ store. These parts are available at a decent price.

Some vehicles get crushed into tiny pieces so they don’t take up much space– and salvage yards are smart to remove the gas, coolant and oil from them before they’re crushed. These fluids can then be recycled rather than left to contaminate the local groundwater.